Skip to content
I can’t believe we have been married for 3 years. I truly have been so blessed to have found this amazing guy. We sure have gad our ups and downs. But everything we have been through has been a blessing because we have the strongest relationship because of it. Can’t wait to see what the years ahead of us bring. 🙂
Jordan surprised me by telling me to get dressed and pack a bag for one night. Completely clueless as to what we were doing I packed for a week (I didn’t know what types of clothing I’d need. Dress up, casual, bathing suit, . .  Etc)
So we get in the car and we stop at the jewelers that made my wedding ring. I have been wanting to get another band for the other side if my ring. I was BEYOND extatic! We go in there and talk to the lady and she tells us that it only comes in a set and they can’t break it up at this time, but later they might be able to. (Literally two months ago we went in to see how much it would be and they were able to break the set) I felt SO BAD for Jordan. EVERYTIME he tries to surprise me SOMETHING ALWAYS happens. He tried so hard and was so excited to get me that. I was sad to cause I have been wanting that. I oils tell that he was so bummed that it changed his whole excitement for the rest of the day.
But it wasn’t his fault and it was the thought that made me so happy.
So we went downtown buckhead, and checked into our hotel. (Which usually I take pics of, but I forgot)
We stayed at the Intercontinental. It was sooo gorgeous. And we had an amazing view of buckhead.
We went out to eat at Ocean Prime. It was good. Jordan loved his salmon he got. 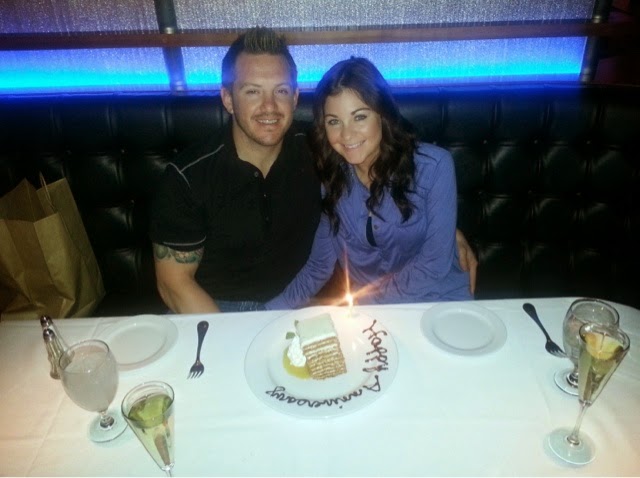 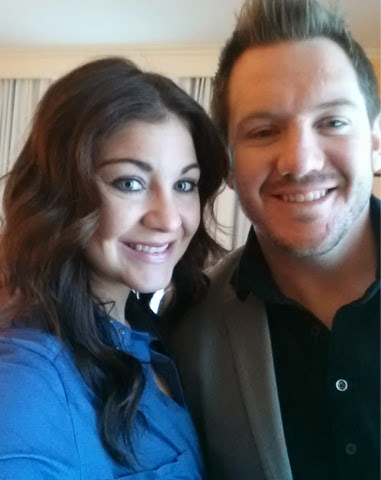 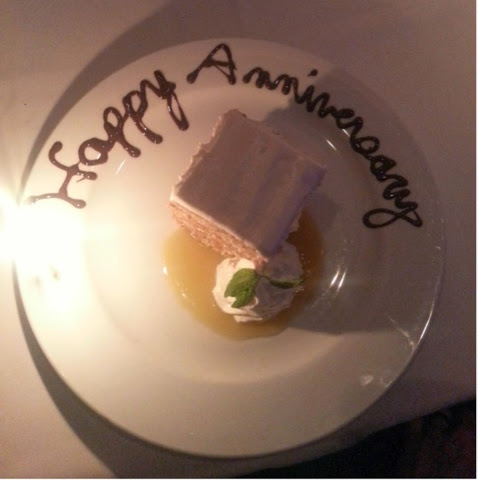 The most amazing carrot cake we’ve ever eaten. We have gone back just for the carrot cake and they looked at us like we were crazy for coming to a nice restaurant just for cake. 🙂 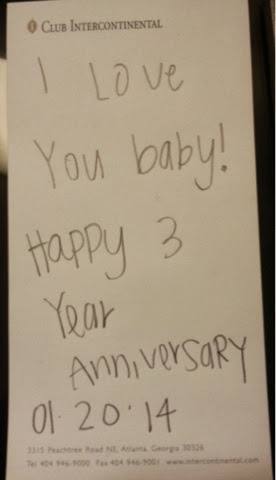 I love writing him notes 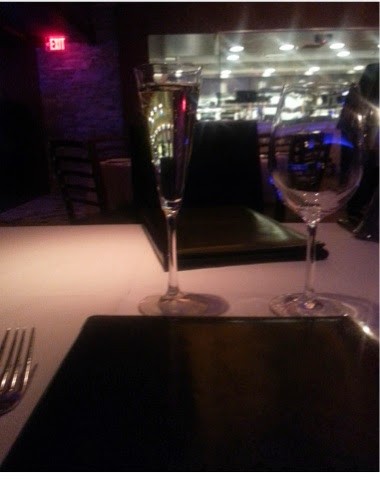 So that glass of champagne. Yeah. So when Jordan made the reservation he told them it was our anniversary. So we got there and sat down. Jordan had to got to the rest room. While he was in the rest room she brought us complimentary champagne. But because of my stupid anxiety and how I get beyond embarrassed over stupid little situations like this I didn’t say “ohh thank you so much, but we don’t drink” instead I said “ohhhh (hesitantly) umm thanksssssssss” (if you can imagine that being said so awkwardly that’s exactly how it sounded. So as soon as Jordan got back I said what should we do with it. They will know if we don’t drink it then I’ll feel like an even bigger idiot for not saying we don’t drink.
I kept banking on the darkness in the restaurant that she wouldn’t notice. Jordan calmed me down. And as you can tell from the first pic they were still there full when we got our dessert.
They must not of noticed because they gave us a card at the end saying “thanks for coming in, next time you come in a glass of champagne and dessert is on us.” That or they give that to everyone, but I’m hoping it’s that they never noticed 🙂 I don’t know why I get so embarrassed. Silly me.
Us being us of course. 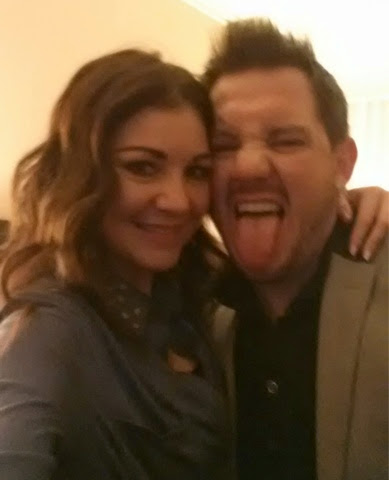 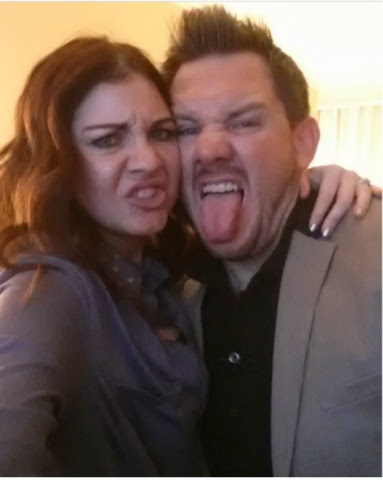 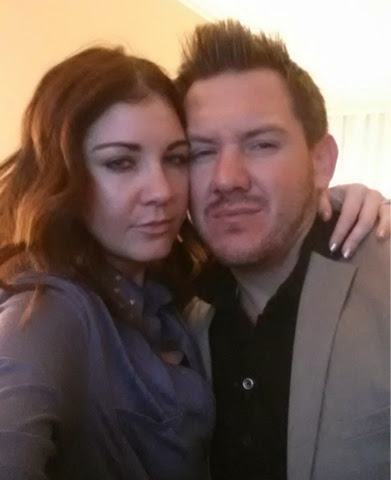 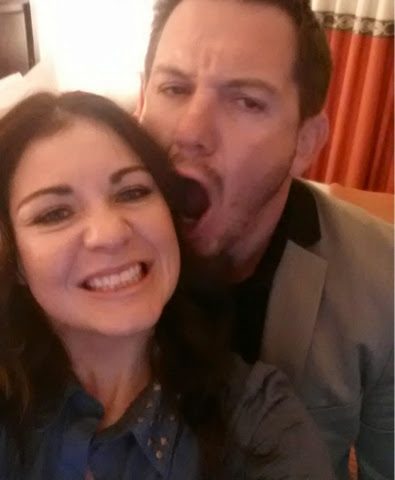 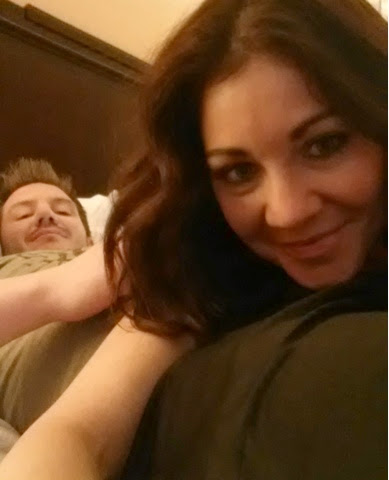 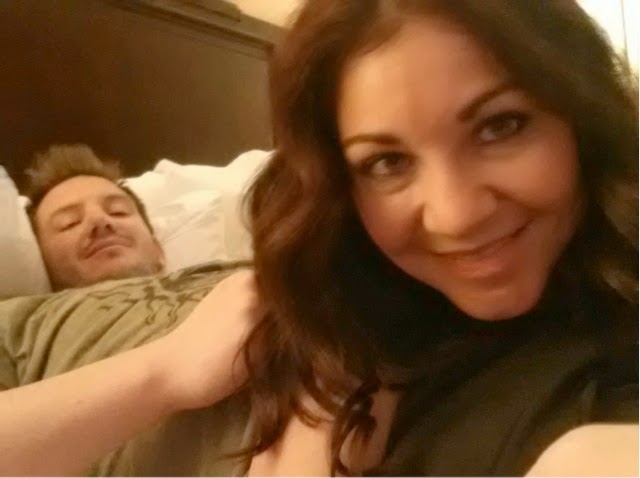 The next day. Our actual anniversary sucked. (Poor Jordan, he knows how to take care of me when I have bad days) I hope I don’t remember that 3 years from now. It’s still very much burned in my head, I’m trying to forget. so good thing we had an amazing anniversary the day before.

View all posts by mooremommamoments